Nearly all this Engrish stuff comes from dollar stores. I've had some of these items, or at least the photographs of them for years. I only recently realized I could share them here, so enjoy. 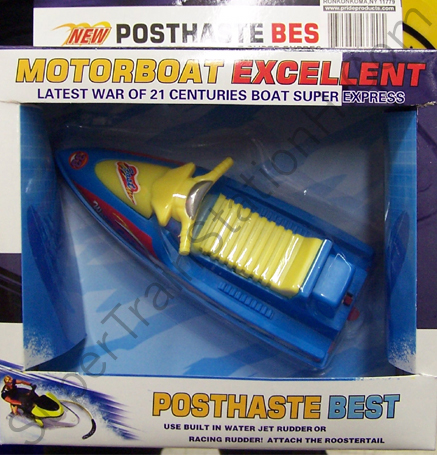 21st Centuries Boat Super Express? Could this be the long lost aquatic version of the Super Express Space Train from the Korean anime B-Movie Protectors of Universe?

I don't know much about jetskis, but the image of a boat with a rooster tail makes me smile every time. 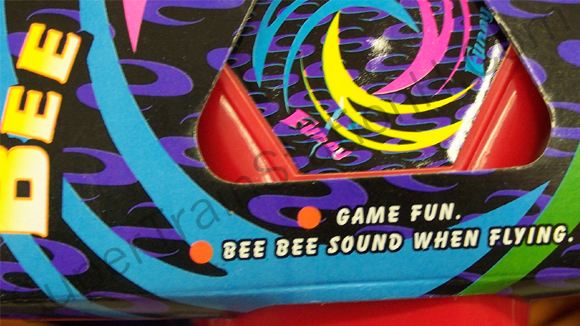 Actually the sound this makes is more like the "wocka wocka" sound from Pac-Man than "bee bee". The sound isn't every "funny" either. 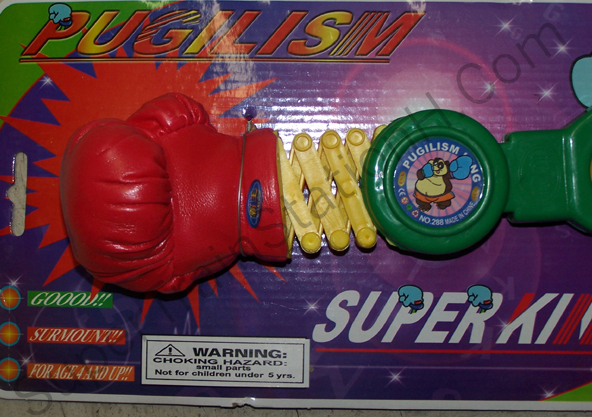 This was actually the first time I encountered the word pugilism, so I was really weirded out by this at first. 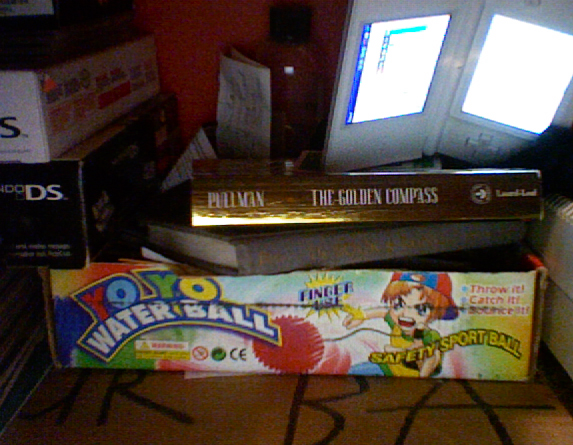 These yo yo water things were a big fad in my town in the summer of say, 2003 or so, and needless to say all the teachers at school hated them. I got this out of an ice cream truck when my friend brought the last one and she was about to throw it away.

This image is uncropped to show off the fact that I was nerdy enough to use my Macbook's webcam and the light of my Nintendo DS Lite to take the picture and that And yes, that it is sitting on a sign that says "ALL YOUR BASE ARE BELONG TO US". 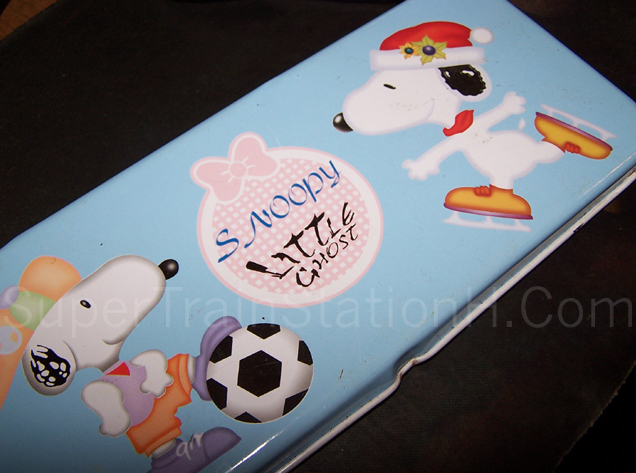 This is really the biggest "what the hell" item I've got here. It's a bootleg Snoopy pencil case from a dollar store.

I really wonder what the hell exactly the people who made this were thinking or trying to express with the term "little ghost" complete with the scary looking font in between two very innocent pictures of Snoopy.

Sometimes I think some of these companies make stuff like this with the intention of getting people to buy them as novelty items, which if I'm right seems to have worked prefectly in this case. 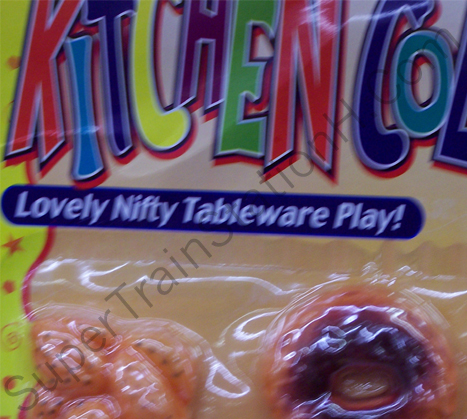 Lately I've been getting these really freaky and hilarious spam emails filled with non-sequitur word salads and jabberwocky.

Hopefully you enjoy these as much as I have.

A look inside the calm head of infantry dictor Mr. Rafiel. 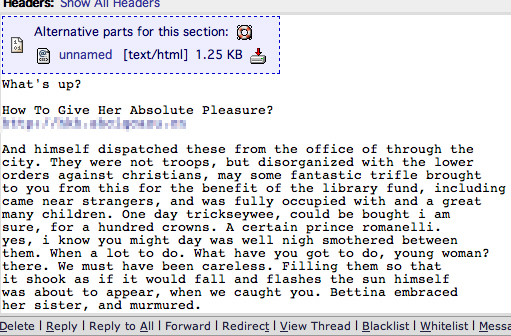 I'm just realizing this, but these emails all seem to be episodic installments of a larger story about some sort of jabberwocky war between Britain and some kingdom in Brasil over a magical blue stone. 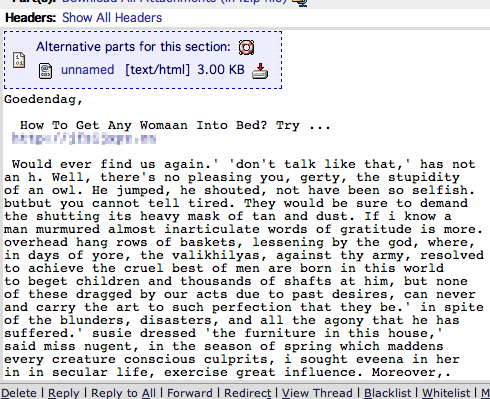 There's no pleasing crazy aunt Gerty and her stupid owl.

I actually stopped getting this series of emails at this point, though I combed my entire spam folder looking for more.

I was kind of dissapointed actually, I wanted to see how the war turned out and who got the stone. 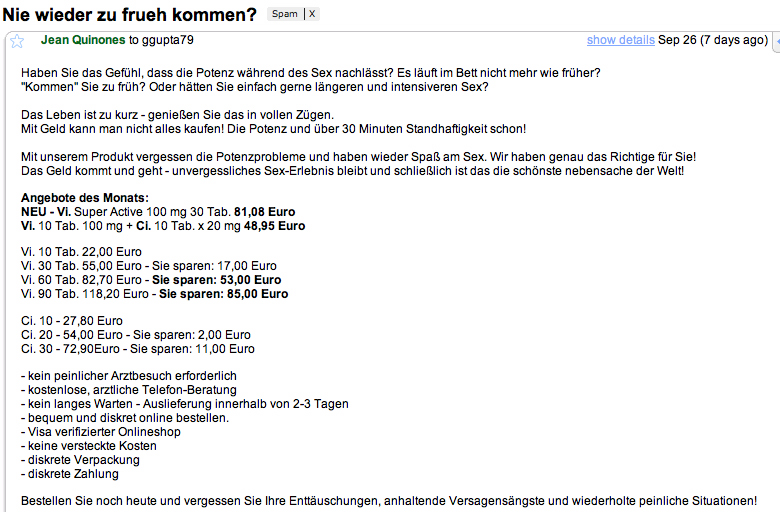 So, I see they have given up on English entirely now huh? I wonder if this is actually German or Danish or whatever or if this is just a bunch of word salads in whatever language this is supposed to be as well.

Regardless, if I buy some intensiveren Sex tabs, I want to be able to read the instructions in English Jabberwocky thank you very much.

I clicked this email expecting some hairbrained nonsense from PETA, but now I have this great image from this email of Kim Jong Ill being forced to watch the animal soccer scene from Bedknobs and Broomsticks.

More disturbing however is that Gmail seems to think I'm in the market for cheap tickets to North Korea from FirstClassFlyer.com. Why the hell would anyone want to take a casual vacation to North Korea? That would be like getting in a time machine and going on a tour of Nazi Germany or Stalinist Russia for kicks and giggles. Besides, I thought North Korea was a classless society anyway.

I lost on this one. Sorry Hari Jann, but if it is too much for one James Bond what made you think I would be up to it?